"Light and Sculpture from a Surfboard on Santa Monica Bay" 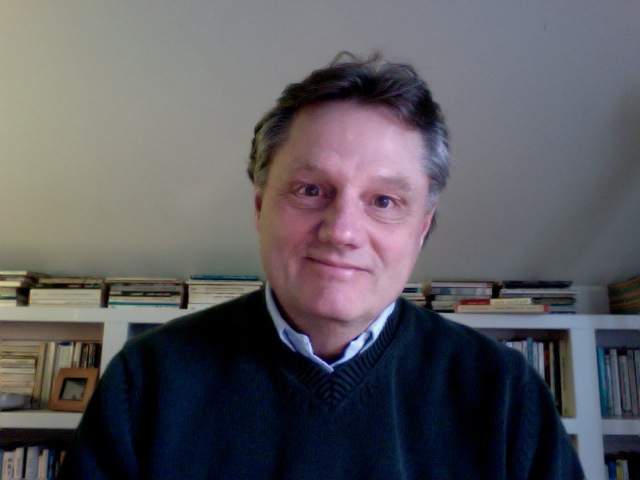 Joe Linker lives in Portland and blogs at "The Coming of the Toads."

An Excerpt from Chapter Six of Penina’s Letters

On the beach, Penina was still trying to wave me in. “Why are you doing this?” she had asked, running her hand through her hair. I said goodbye to her, sticking a bar of surfboard wax into the back pocket of my swim trunks. I would have paddled out naked, but I didn’t want to be mistaken for a kook.

I slipped silently into the shell of the bay, slithering under the waves curling like whelks sliding over me.

The waves emitted deep creaking tones, sea toads belching love calls. The waves were cylindrical and rolling hollow. I heard deep bass notes and kick bass drums as I paddled out and revolved my surfboard under a few breaking tubes, pipes like rough, green bubbled glass.

I was living on the water now, on my surfboard, in the bay. In the midst of the night, I awoke to the sound of water slapping with life bubbling to the surface in a vast, purple darkness, warm air rising in a mist, curling and drifting and disappearing into the night sky. A sea lion popped up, its wet head like a dog’s. It went back under. Then it popped up again on the other side of me, its brown agate eyes watching me, its skin slick and sleek, looking tough and thick and covered with a wet film, the lion’s hair and whiskers wet and shiny, its small ears brushed back.

Fogs formed as in a marshy swamp. A dark sea beast crawled beneath my surfboard. I heard sounds like a wild pig sucking her compost soup. I was pickled in it, soaked to the gills, a dripping thing myself, the bay a water pot. I paddled on, the sea beast emitting a dim glow from below, sounding deeper and deeper, sonorous burping bubbles rising. I drifted with the current and tide, pulled through furrows of swells, until I fell asleep, floating on the water wherever the currents and breezes and swells carried me.

In the morning I awoke in the middle of the bay. I jumped up, stretched, dove in for a wake-up swim, diving in a short arch, coming up through the light water, blowing the night through my nose, clearing my head, shaking my short but wild mop of sea wrack hair, getting a new coat of salt that sealed my skin. I paddled toward El Porto to surf.

I surfed and slept, living on the cool blue bay. The sun’s fan edged light sprayed over me. The sound I heard awakening was my own laughter. A wastrel, adrift, my only purpose to surf, I floated about on the water, wordless as a fish. I didn’t have to talk to anyone. I was free of words, liberated from language. Waves like empty pages blew toward the beaches.

I attended a mini-workshop on publishing, & it was great. I walked away with reassuring statistics on how many rejections to expect as opposed to acceptances, models for cover letters, an online source for literary journals, & lots of good, practical advice. The Attic is an amazing resource and I'm grateful it exists.
Cindy Stewart-Rinier